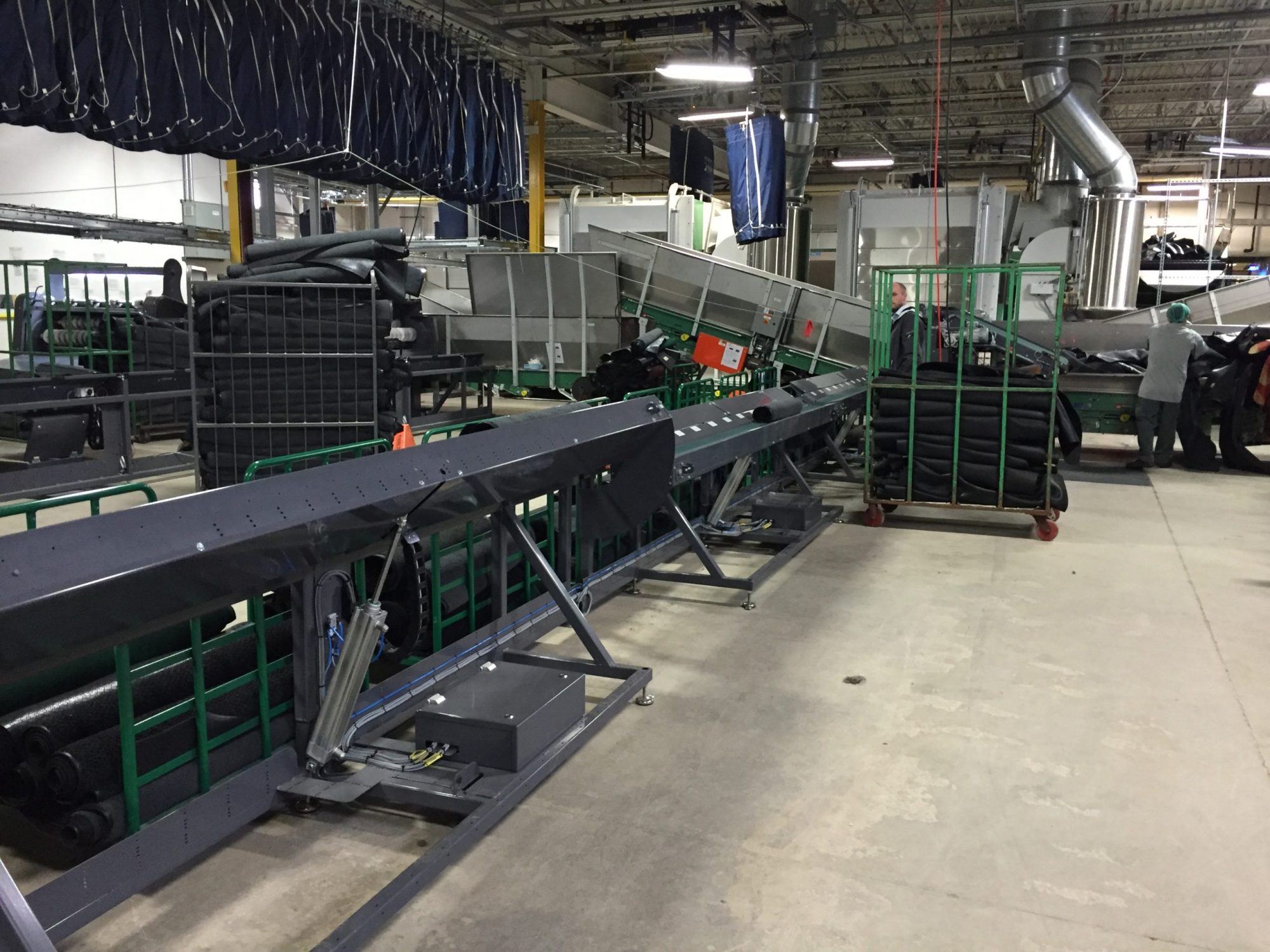 Simple and efficient machines on the roll in Canada

When Inwatec in the summer of 2015 had its first mat rolling machine installed in a branch of the uniform rental and linen supply company Canadian Linen it happened because of a failure of existing material. Since then plenty has followed.

“We had an American model that broke and as the company had stopped we could not get the spare parts any longer,” says Corporate Mechanical Tech Andrew Taylor, who runs his part of the business from Halifax on the east coast of Canada.

He was not part of the team who saw the first Tornado in action, but after seeing a YouTube-video he had a boss and another co-worker from the United States go and see one in action, and when they liked what they saw, the decision was made:

“None of the other models we saw could handle the same, and then we ordered one from Inwatec. We have not been disappointed. Both that machine and the others have actually done better than we expected.”

Since then 3 Tornado and 3 Hurricane mat rollers have been shipped from Denmark to Canada and the stream could very well keep on going. 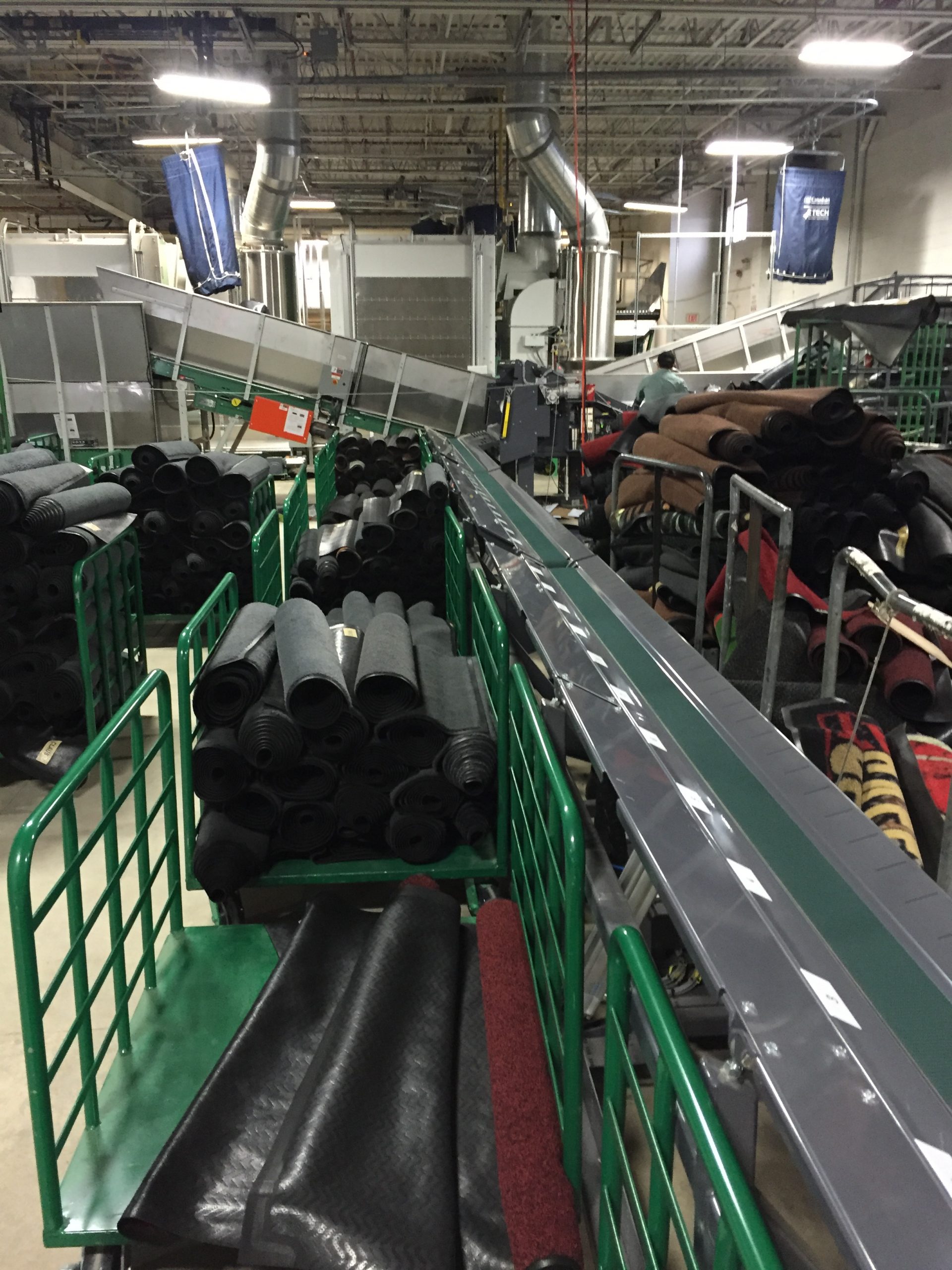 “When I saw it I just thought: Why did I not think of that. There are no belts to replace, the brushes do the work, and they don’t seem to wear out,” tells Andrew Taylor, who is pleased with the simplicity of the Inwatec mat rollers.

“I had a short introduction myself, and I was able to get one of the machines started up without help. It was super simple, and later we have had mat rollers installed in Regina and Calgary on our own.”

No need for spare parts yet

Inwatec only uses standard components and thus, would be repairable without having to wait for spare parts from Denmark, and Andrew Taylor knows that, but for Canadian Linen that wasn’t the main issue.

“I consider it a nice bonus but in fact, we bought the mat roller because of the functionality. And until now we haven’t had anything breaking down, but we know that we should be able to change broken parts.”

“I do not work in the production line, and I don’t see the machines in function on a daily basis, but I would most certainly hear from my branches if anything went wrong, and I very rarely do.”

The volume on the different laundries of Canadian Linen is varying from 1.500 mats a day into 7.000 mats a day, but no matter of the load, the Inwatec mat rollers have done their job until now, according to Andrew Taylor:

In fact, the company has plans of changing more of the old material with new models from Inwatec – both because of the efficiency but also to keep old mat rollers running as long as possible.

“In one of our branches, we have three old mat masters running, and I have been thinking of taking one out and use it as spare parts and replace it with an Inwatec-machine,” Andrew Taylor explains.

As a part of AmeriPrideCanadian Linen is one of the largest uniform rental and linen supply companies in North America with branches in both Canada and United States. From Fort McMurray in the north of Canada to in the south of Texas, US, and from Victoria in the west to Mount Pearl in the far east of Canada.